I was delighted by the care, consideration and professionalism of all the staff at The London Dental Studio and I was truly amazed by the speed and effectiveness of the BriteSmile procedure. 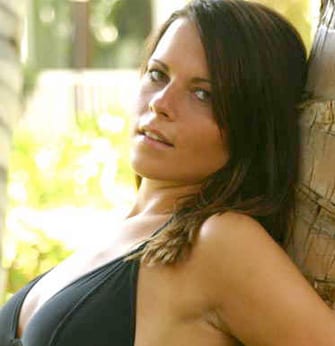 Michelle Keaney is 23 years old and last year graduated with an honours degree in business and management from Anglia Polytechnic University in Cambridge. In August 2000 she was offered one of only three places on a fast track graduate management scheme of a leading multi national corporation for high potential individuals. In 2004 she forwarded a family holiday photograph to the organizers of the international face of Pirelli competition, never thinking that she would receive any form of consideration as she had never done any form of modeling prior to the competition and was “pleasantly shocked” to learn that out of thousands of entries she had been selected as one of only 4 British Finalists, before then going on to win the competition, enjoying on an all expenses paid holiday in Australia, which she describes as being ‘the experience of a lifetime’.

In early 2005 she was honoured to be approached to become the first ever Miss Cambridge and represent the county she loves in the Miss England 2005 contest. Determined to make the most of the opportunity that had been presented to her and realizing the impact that a brighter smile might have on her chances to win the competition, she approached the UK’s leading BriteSmile Centre, The London Dental Studio.

She said, “I was delighted by the care, consideration and professionalism of all the staff at The London Dental Studio and I was truly amazed by the speed and effectiveness of the BriteSmile procedure. Thanks to Dr Sheikh’s expertise it was quick and easy, from start to finish. I achieved a noticeably whiter brighter smile in around one hour.

Before BriteSmile I hid my smile but now I smile with confidence. In fact I had so many comments from the judges of the Miss England contest about how beautiful my smile and teeth were. I was, and still am, some months later absolutely delighted with the results and I have no hesitation in recommending the procedure and the London Dental Studio to anyone.”

As part of the Miss England contest Michele was in the top 6 out of 40 contestants and was crowned Miss Charity, she has been short listed for the finals of Miss Great Britain 2006.

Why not spread your payments?

Find out the options available to you