Teeth straightening offers more than just aesthetic improvements. An orthodontic treatment can often bring about enhancements to the smile’s function as well, such improved speech and added convenience to oral hygiene habits. Using dental braces may take several years to be completed depending on the severity of the teeth misalignment. The length of time needed for the completion of an orthodontic treatment can sometimes be a deterrent, because not everyone wants to spend such a long time for teeth straightening.

An Inman Aligner treatment offers a much faster way to straighten front teeth. Perfectly aligned teeth can now be achieved in just a few short weeks, instead of several years. In general, lower front teeth are straightened faster compared the upper arch of teeth.

What is an Inman Aligner?

The Inman Aligner is a removable orthodontic appliance used to move front teeth into a straighter position. It can also be used to prepare the teeth for further treatments, such as veneers or dental bonding. 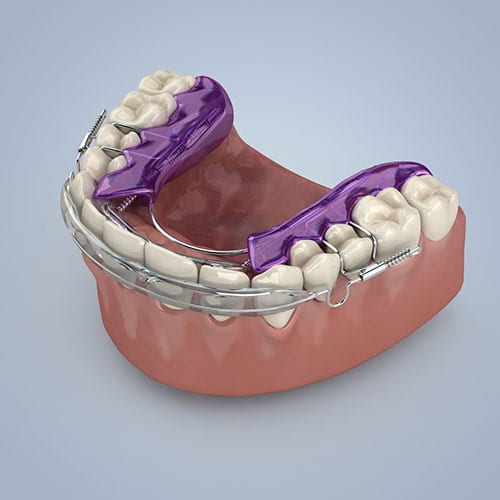 How does the Inman Aligner Work?

Two aligner bows that are powered by nickel titanium coil springs provide opposing forces that help move the teeth into the desired position. The aligner bow placed on the back portion of the front teeth gently pushes forward, while a pulling motion is made by the bow placed on the outer part of the teeth. The gentle forces effectively straighten teeth over a large range of movement, with the treatment completed in six to 18 weeks (depending on the case). 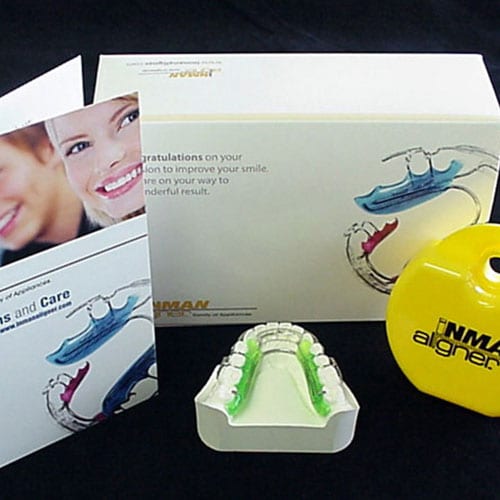 Advantages of an Inman Aligner Treatment